Dubrovnik people have traditionally always been cunning and usually under-spoken, but we’ve always had a sense of humour. This is why there was always someone around to criticise those in power and try to make them work harder or pay attention to the needs of the citizens.

One such local critic and humoresque performance artist showed up on the streets of Dubrovnik’s historical centre earlier today as the preparations for night time filming of Star Wars Episode VIII were in progress and staged a short performance with a few followers in very interesting costumes. Word of caution, some of the following images can be construed as a bit obscene (but just a bit).

Performance started in front of the seat of city government 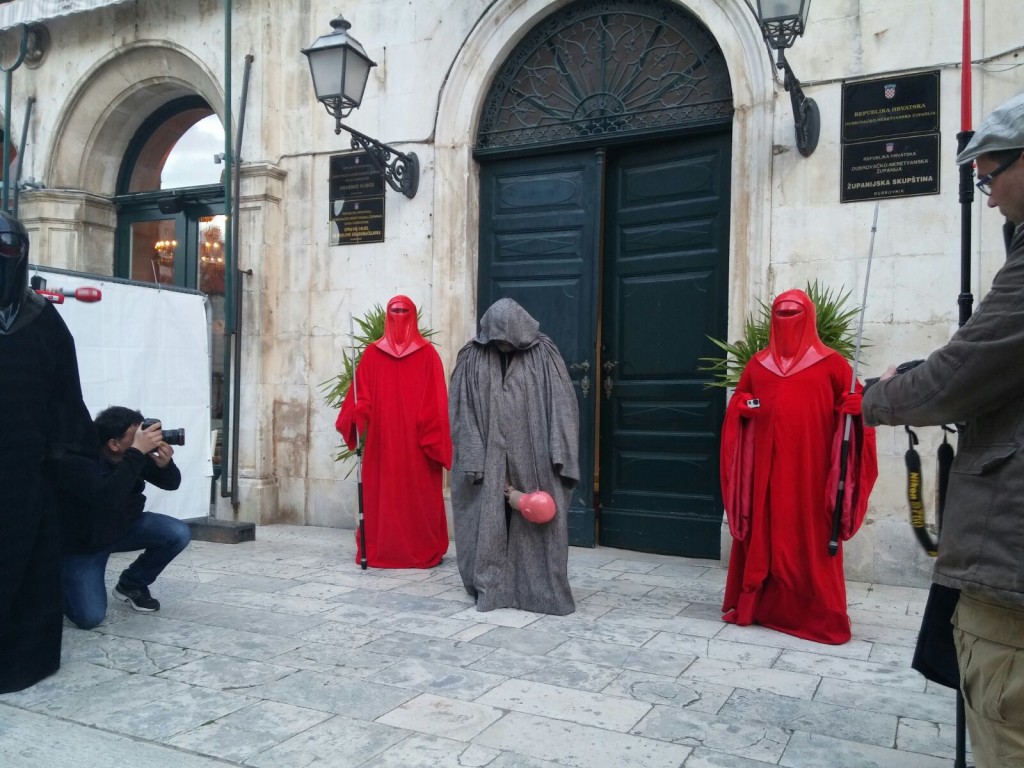 Performance started in front of the seat of city government 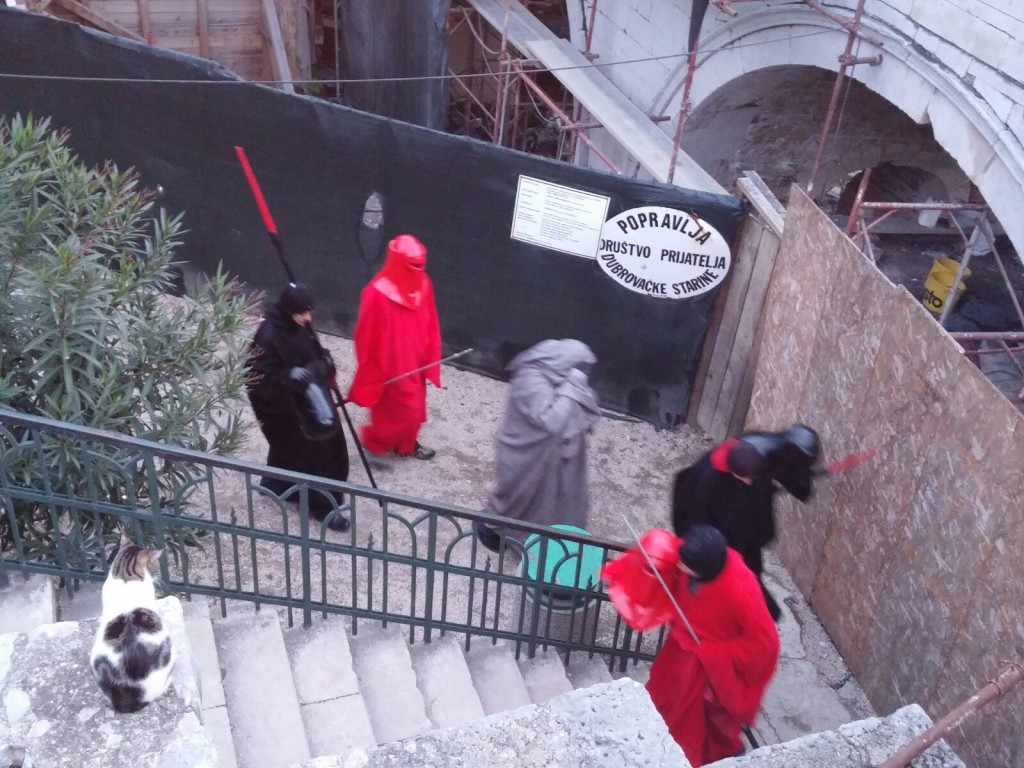 Performers spoofed sci fi imagery similar to that of Star Wars in an attempt to criticise and joke about some of the recent moves by the city government and the aura of confidentiality which surrounded the preparations for filming of Episode VIII on the city streets. 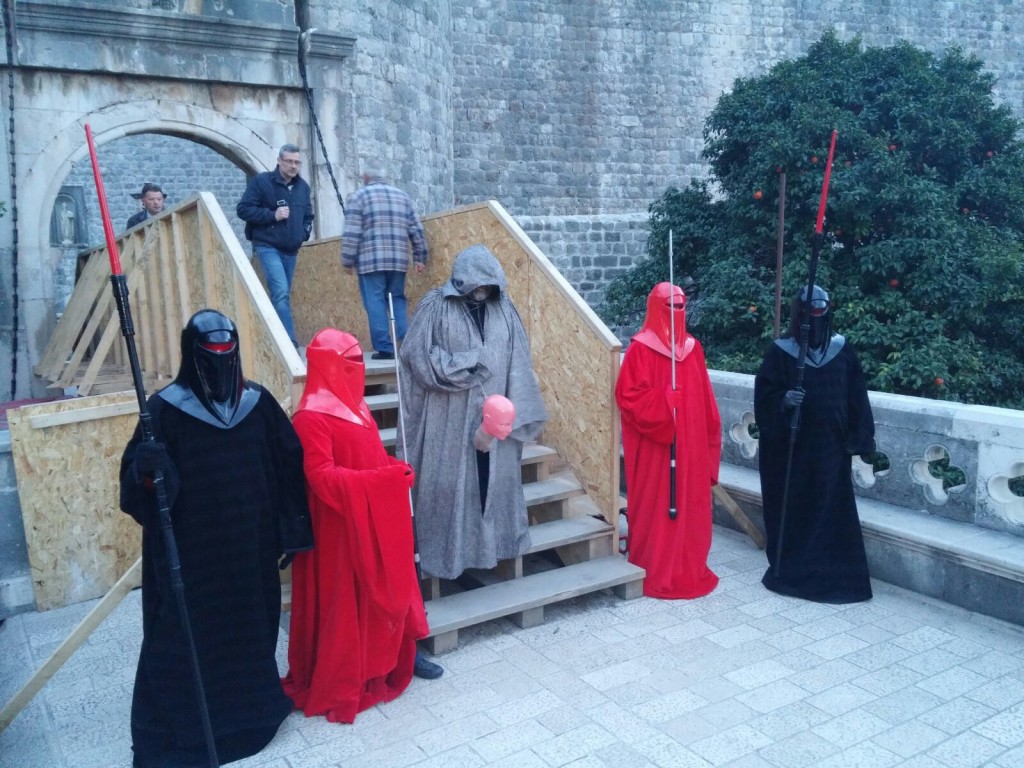 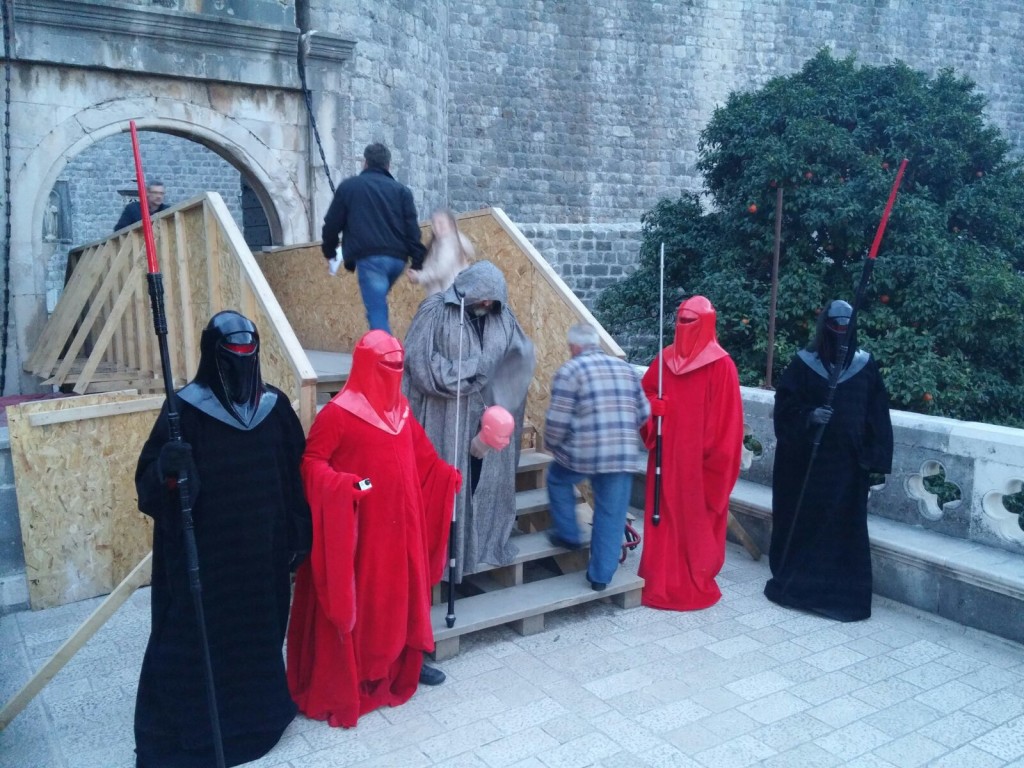 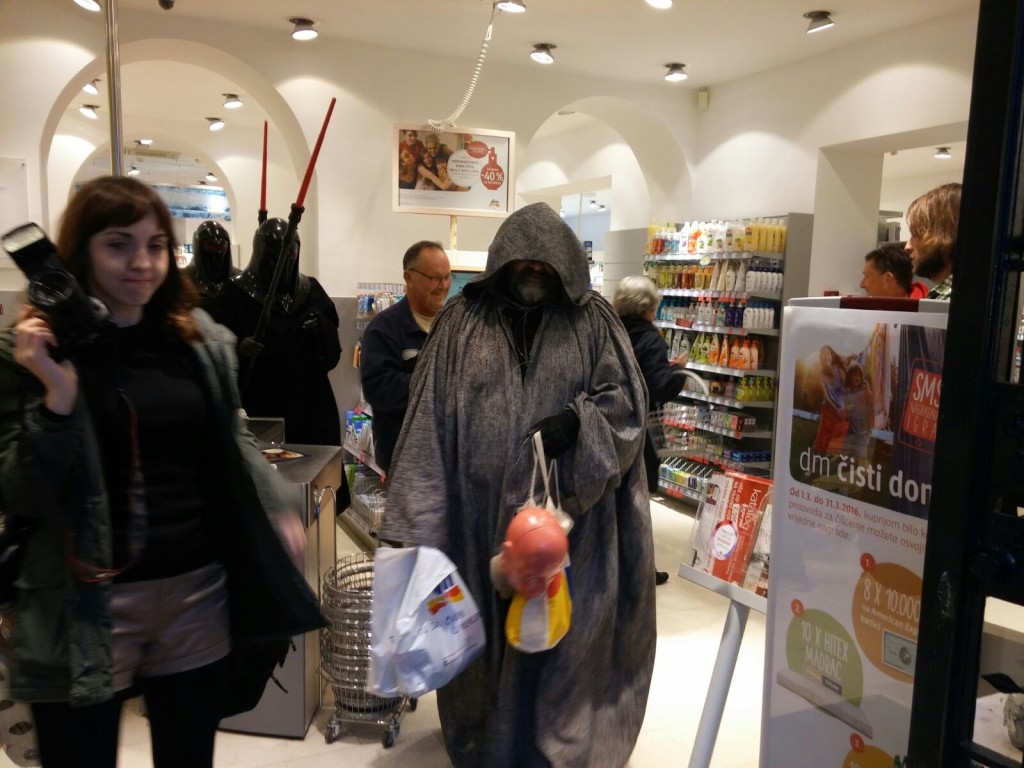 Main performer was seen as having a “second head” which sometimes does his thinking for him. This is a joke aimed at one local politician who caused an uproar in national media yesterday by telling a rather distasteful sexist joke in front of members of the press. 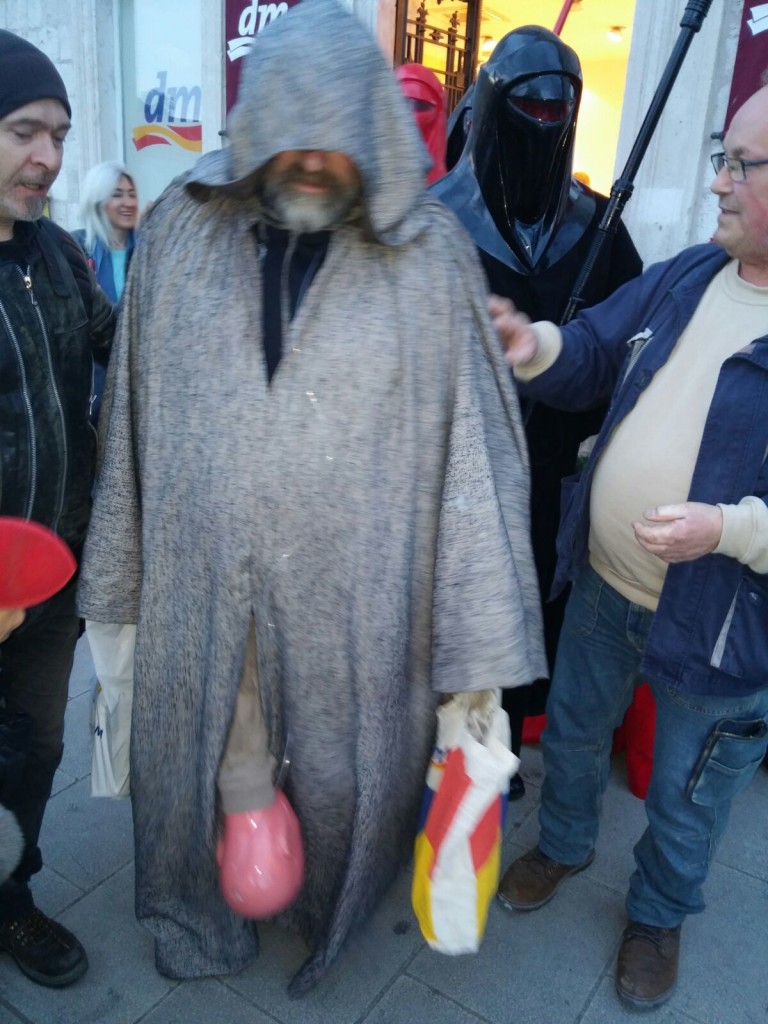 All the media attention the filming is getting in Dubrovnik created nothing less than a perfect situation for comical criticism of local politics. Local people were quite amused by the whole thing. Well done gentlemen.